Discussions involving politics are usually provocative under the best of circumstances – but they’re especially contentious when they take place on Twitter. That’s the consensus of the Pew Research Center’s Project for Excellence in Journalism, which found yet another example of how social media is changing our behavior.

A recent center study looked at 20 million tweets about the race for president posted between May 2 and Nov. 27. It found that people “talk” differently about politics on Twitter than they do elsewhere in the world of blogging (e.g., the so-called blogosphere). What’s more, information posted on both Twitter and the blogosphere differed markedly from the political information that Americans receive from news coverage in general.

Tweets about the presidential candidates tended to be more intensely opinionated, and less neutral, than in both blogs and news, according to the study. Further, it seems that a smaller percentage of tweeted statements about the candidates were simply factual in nature without reflecting positively or negatively on a candidate.

But perhaps the most interesting finding was that the political discussion on Twitter has fluctuated with events more than it has elsewhere in the blogosphere, where authors seem to stick with their views more steadily once they have made up their minds about the candidates. On Twitter, by contrast, conversations about the candidates sometimes changed dramatically from week to week, going from positive to negative or vice versa in the blink of an eye.

We’ve seen how Twitter has played a dramatic role in affecting world events. And while it’s impossible to gauge just how influential Twitter will be in determining the next President of the United States, one thing is for sure – the candidates surely will be paying serious attention to Twitter as they take the pulse of the American voter.

It’s not just Americans who are addicted! Brits have a hard time disconnecting too. 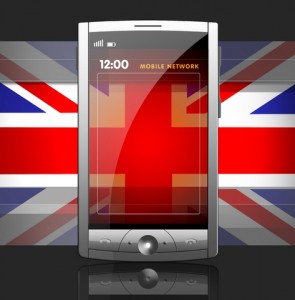 When given the challenge to disconnect for one full day, British participants likened the task to being as hard as quitting cigarettes or alcohol.

A recent project, Digital Selves, by consumer research group Intersperience queried 1000 people from 18 to 65 about their feelings and usage of the internet and other digital technology. The study found the following results: END_OF_DOCUMENT_TOKEN_TO_BE_REPLACED

What is the meaning of happiness? It all depends on your age.

Happiness can mean something different to each individual, but a study done at Stanford University identified trends in how people associate happiness and their ages.

END_OF_DOCUMENT_TOKEN_TO_BE_REPLACED

A recent study by the International Center for Media & the Public Affair surveyed students in 10 countries who were asked to unplug from all media for 24 hours.  END_OF_DOCUMENT_TOKEN_TO_BE_REPLACED