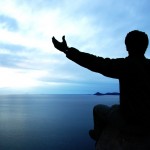 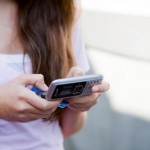 The National Transportation Safety Board (NTSB) has recommended a full ban on the use of cell phones and text-messaging devices while driving. The NTSB recommendation encompasses all cell phone usage while driving – including the use of Bluetooth wireless devices.

It’s a recommendation that we at Unplug and Reconnect heartily endorse.

There can be little doubt that talking on a cell phone or texting while driving can have deadly consequences.  According to the NTSB, some 3,092 roadway fatalities last year involved distracted drivers, many of whom were distracted by their cell phones.

“Needless lives are lost on our highways, and for what? Convenience? Death isn’t convenient,” said NTSB chairman Deborah Hersman,

The NTSB doesn’t have the power to impose regulations, but its recommendations are heavily considered by lawmakers. Many states already ban cell phones.

The independent federal agency’s recommendation coincided with news that a 19-year-old pickup truck driver who caused a deadly pileup in Missouri last year had sent or received 11 texts in the 11 minutes preceding the accident involving two school buses. The truck driver and a 15-year-old student were killed in the accident and 38 others were injured.

“Driving was not [the truck driver’s] only priority,” noted the NTSB’s Hersman.

Disturbingly, the use of cell phones while driving is on the rise, and especially alarming is the number of drivers who text while operating a moving vehicle, according to the NTSB. The federal agency found in a study of 6,000 American drivers that about two out of every 10 – and half of drivers between 21 and 24 – say they’ve texted or emailed while driving. What’s worse, most of those surveyed found nothing wrong with the practice.

As these attitudes indicate, it will take more than laws to halt the improper use of cell phones on the road. Public education campaigns and strict enforcement of cell phone laws must accompany a nationwide ban as proposed by the NTSB.

We think the NTSB’s high-profile recommendation and – significantly – its efforts to highlight the dangers of cell phone abuse among motorists and law enforcement officials, are certainly a step in the right direction.

Unplugging Your Kids from Technology

If your children are a little too plugged in to technology, you might have noticed some unwanted side effects. Digital overload has been associated with a host of problems, including attention difficulties, low grades, impaired sleep, obesity and withdrawal from family life, among others.

But there are practical things you can do as a parent to help wean your child from technology overuse. Here are a few ideas: